Today I started with my usual Saturday morning Barre Basics class at the West Seattle Fauntleroy Y. It is an excellent chance to build fitness; I have measurable improvement in strength particularly in my legs and core. Today it was also a chance to talk with a couple of people before class about the gender balance of classes at the Y: men consistently make up less than 10% of the attendees at Barre and Zumba. I see a more even balance at spinning but otherwise: where are the men? Nobody could say. It's not like men don't care about fitness.
Around noon I went to the Burien Library for Toastmasters officers training. I'm the Vice President Education for my club this year and it was helpful to chat with my opposite numbers at other local clubs. To men it seemed more useful to network; our new area director Nagash seemed open to the idea of multi-club, area party (since our Club has been slow this year to organize one).
After doing the weekly grocery shopping I spent the rest of the day doing maintenance. I'm trying to move on a lot of stuff through Buy Nothing Highland Park. The most popular item is the spider plant babies which don't really free up much space but is fun to do!

An Explanation by "Know Your Meme"
at 6:00 AM No comments:

Email ThisBlogThis!Share to TwitterShare to FacebookShare to Pinterest
Labels: humor, Things That Make You Go Huh
at 12:40 AM 1 comment:

Today I took an earlier bus to WSBA to host the webcast Comparative Human Rights: Tanzania, featuring Anna Henga of the Legal and Human Rights Centre. This was organized by other Section members; my job was to introduce the speaker, ask questions at the end, and generally be available for issues.
There were no issues. The technology people had everything set up and the Sections Liaison was at the door at the appointed time to let me in (as the WSBA wasn't open until 8am.) The speaker had a lot of interesting things to say and the audience (although small by our standards) provided plenty of good questions to ask. The only stumble - and it was a small one - was that when one question asked what we as Americans could do to help Tanzania with their human rights issues, I felt obliged to preface my remarks with a comment that we needed to make this offer with humility since (A) much of Henga's presentation dealth with the Convention on the Rights of the Child, which the USA has not yet ratified, and (B) must of the rest concerned Female Genital Mutilation which is illegal nationwide in Tanzania but not in parts of the USA (the federal statute having been recently struck down on the idiotic basis that it is not a matter of interstate commerce). My point being both complicated and unexpected - who expects humility from an American discussing human rights? - I think it was lost but we got the conversation back on track and I feel that 89 of the 90 minutes were truly great.
I'm better at this than I was last year, if only because I've learned from Toastmasters to speak more slowly and to use pauses.
Back at home I worked on cleaning house a bit. I am resolved to get the living into a condition that will allow for visitors; I'm not sure whether this will involve buying furniture but it certainly requires getting rid of a lot of detritus. Fortunately Buy Nothing Highland Park is ready to help me move on things I no longer need, and if no one takes them by Monday I'll try St. Vinnie's.
I also rested and played with the cats, which is important.
at 11:00 PM No comments: 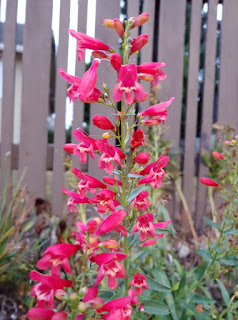 I'm waiting for my bus and looking for something interesting to photo, when I saw this flower and the lines of this fence. See how they frame each other without really being related?
at 6:30 AM No comments:

Email ThisBlogThis!Share to TwitterShare to FacebookShare to Pinterest
Labels: plant

...but there are many others in this set of vintage books that I am trying to re-home. 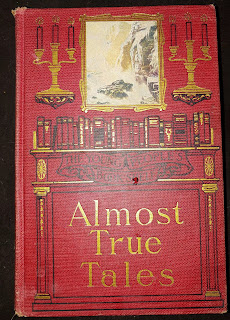 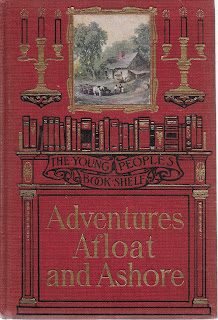 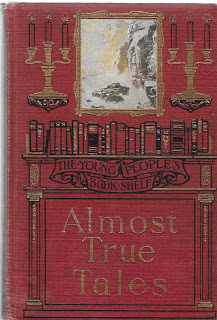 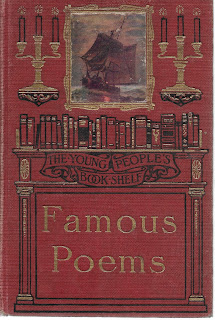 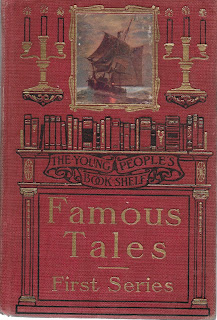 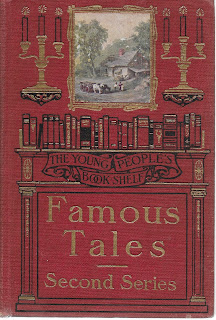 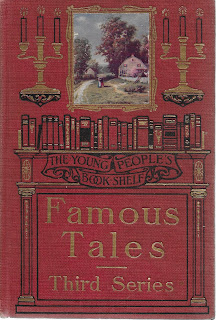 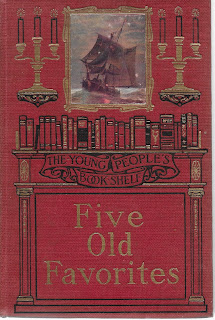 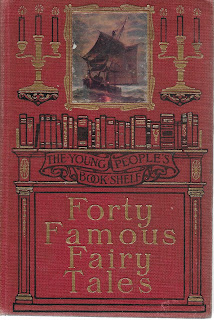 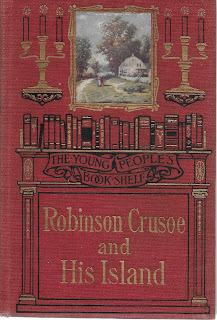 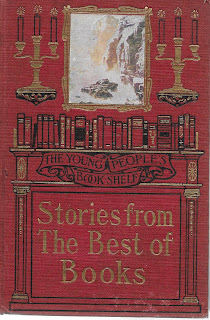 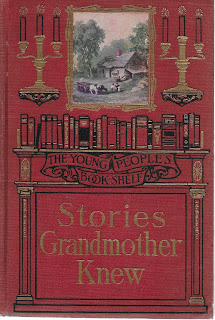 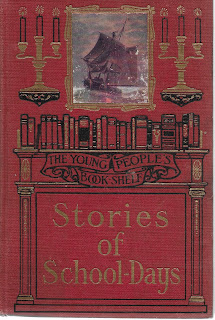 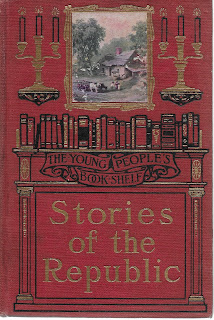 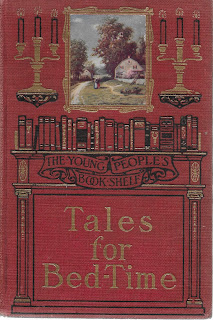 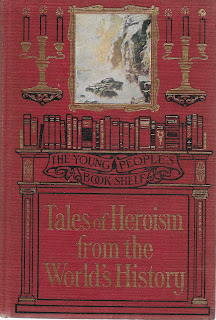 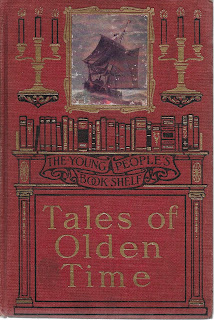 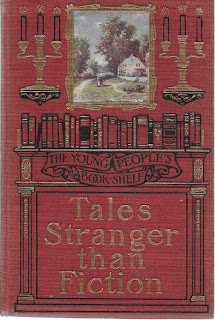 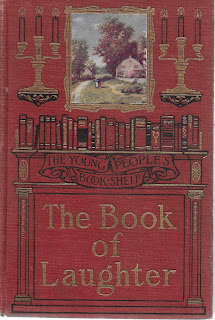 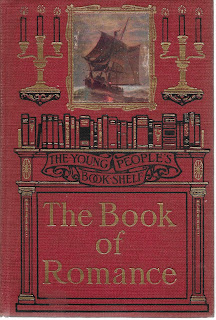 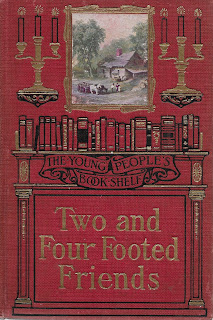 Today I took a day so I could meet with Cyril, Nate and Jake Harris at the VA Health Care Puget Sound Healing Garden. I think Jake would make a great contractor for doing the necessary repairs and upgrades but of course the whole team had to meet him, discuss the work and so forth. Everyone seemed good with the way it went but we'll have to wait for the bid of course, and compare with any other bid we get. Still it was nice to see  people talk over the work with enthusiasm.
journal today
Since I had the day off I caught up on a lot of small projects. My friend Tamsen from the Time Bank (who is a relative of Nate as it happens) wanted to know if there was progress on recruiting a Timer from our Toastmasters club for the Seattle City Council District 1 debate next month. It was time to solicit our club membership so I sent the email. I was prepared to do the job myself because it sounded pretty interesting, but it's correct leadership to recruit others to do the job. I was not disappointed; two people expressed interest right away! I was planning on recruiting two people anyway, one to watch the clock and record times, one to hold the green-yellow-red cards.
I also solicited advice from the Toastmasters  Area Director about protocol and intellectual property issues. Toastmasters is not participating in the debate but members of Toastmasters are providing services. We just have to be clear on this. I don't think this issue has come up before because there was not a ready answer; it's fun to be pushing boundaries in a good way again!
I then took a free CLE ( Lexis Nexis program Something's Brewing! Guiding Clients Through the Process of Starting a Craft Brewery) which was pretty interesting.
I posted several items to Buy Nothing Highland Park and responded to several willing receivers.
Kiara cooked the brats and I decided to try wrapping them in tortillas. I think you can improve almost any dinner by wrapping it in a tortilla!
at 9:28 PM No comments:

"Industrial Breadwinner Masculinity" may explain both climate denialism and misogyny

I tend not to simply link to interesting articles, but this proposes a plausible link between denialism and misogyny, based upon a popular concept of masculinity that makes only the "Industrial breadwinner" role authentically manly. 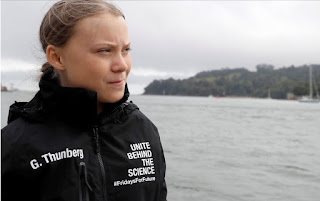 The Misogyny of Climate Deniers
Why do right-wing men hate Greta Thunberg and Alexandria Ocasio-Cortez so much? Researchers have some troubling answers to that question.
By Martin Gelin August 28, 2019
at 9:30 AM No comments:


I'm not sure about how exactly to label the guy on the left but the humor was crying out to be made.
at 8:00 PM No comments:

My new hat is by George Tsutakawa 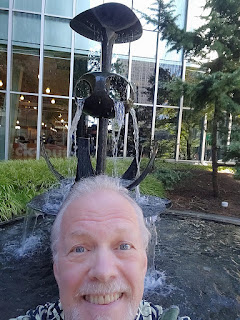 On the 4th Tuesday of the month, I go to Seattle Speakout, an Advanced Toastmasters club that meets in downtown Seattle about 90 minutes after work. It gives me a chance to look around and enjoy the city.
This fountain in front of the main library has always been a bit of fun.
at 5:00 PM No comments:

Email ThisBlogThis!Share to TwitterShare to FacebookShare to Pinterest
Labels: humor, me

In a neighbor's driveway 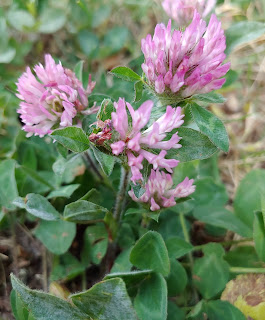 Email ThisBlogThis!Share to TwitterShare to FacebookShare to Pinterest
Labels: plant

On the corner of 13th and Henderson 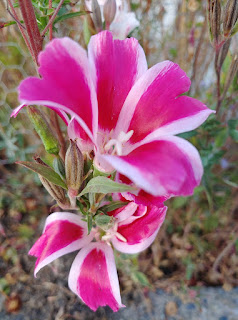 This was a weekend.
I got Facebook and then text messages and then phone calls from Zanna, who I knew slightly from Centennial and then following on Facebook. She's Brazilian-American who did something in technology, moved to San Francisco, and was involved with a church that talked a lot about Jesus. That's about all I know or knew.
The situation now (and everything has to be "she says" because who knows?) is that she is indigent, having gotten out of a bad relationship and survived a nasty blood disease. The immediate problem for which she wants help is that her immigration papers and an apartment of expensive furniture is in storage and about to be auctioned for past due rent. Can I help with the money or negotiate it downward and find a place to store it.
I might be able to use the furniture in my living room but I have cats and she rejected the idea; a leather couch is not going to work with cats.
I don't have much free storage space. Most of it is full of stuff I'm still trying to get rid of myself.
I am unwilling to give money to a lost cause. She has no place to put it if it's shipped to San Francisco, she has no way to store it here, so any money given for back rent will just be a donation to the storage company.
I feel badly.
I tried to discuss some other options but she's not interested. She's obviously mentally or emotionally fragile, and that's understandable, but I will not throw good money after bad.
---
The girls at my house are both pursuing their continuing education and if we can get through the next couple of years will be comfortably off in their professions. I imagine at some point they'll move on and that's life, but for now it's nice to see progress.
---
Saturday I drove Cyril to the VA hospital as the saga of the Healing Garden continues.
---
Sunday I stopped by a nice party by nice people  I met through Highland Park Buy Nothing. I feel happy about that. These are friendship I want to cultivate.
I also dropped off a shelf to a guy through Buy Nothing, who lived at a house Kris and I had tried to look at when house hunting. We never got a good look due to the high fence and I didn't get a good look now, but it amused me.
Earlier, another Buy Nothing neighbor picked up the box of green apples picked from Scott and Dolores' tree last week, promising to bring back some applesauce. I don't need it but I'll be happy to take it!
Later I chattered with Scott and Dolores as they came buy to work on the garage. They were happy the apples were being put to good use and told me to take the rest. After all, they're messy if they fall on the ground.
I had an hour long conversation with Kiara as we drove to Lake Stevens. That was fun but driving back through Seattle wasn't.
---
I did not get a whole lot done for myself this weekend but I suppose I can count the party and conversations as a plus and the rest as an education.
at 8:30 PM No comments: