Friday I got a message from Kris asking me to do the taxes and offering me omelet leftovers.
This is the first time that she tried providing me with a motivation. Previously she had tried humorous threats, ("I could help by standing behind you with a frying pan") or things that don't really motivated me ("You'd get some money too" ... which is no motivation, since the money is the same whenever I file, within reason) or just asking based up, well, nothing at all.
No an omelet is better than nothing anyway. And in addition, she volunteered to do them if I didn't want to, which is far more of a discussion about splitting chores that we have ever had in our 10 or 15 years together.
It's perhaps ironic that at the ending of a relationship, one can propose doing things that make a relationship work; there's a lesson in that I suppose, but it'll take time to distill it.
Saturday was beautiful, and I took a few walks around just to enjoy it. Since Kris was gone for the day at Larry's one-year memorial, I used the upstairs kitchen, where the internet connection works better, and so is the light and air. I waved through the window at Wendy pushing Atty in his stroller, but otherwise had little contact with humanity; it was just me and some spreadsheets and IRS forms, and the paper records of the year 2013.
Also the cats. Always the cats!
In going through those records I found evidence explaining a thing that had puzzled me: why it had so surprised me to learn that Kris had stopped loving me. Why had I not noticed before?
The evidence was a very nice card proclaiming her love, given me sometime during the summer. I really liked that card, and not just because of the card, but more so because of the message.
Silly me. I believed.
I don't blame her for the card. No doubt she was doing what she thought was right, or perhaps trying to persuade herself, or even spark something ... more likely the former.
But at least I have an explanation for my stupidity. I have a history of believing people. It's part of my self, and if it sometimes leads me astray, I don't really want to give it up.
---
I did the taxes several ways. My spreadsheet made this easy; once I put together the data and their relationships, it was but a few minutes to try different scenarios.


I frankly enjoyed sitting for a day and reviewing the year through the discipline of filling out forms and playing with the rules. It's a game and a discipline and I now have a better appreciation of why some enjoy the practice area.
I signed the forms, although they still need Kris' signature, and left them on the kitchen table, along with a spreadsheet showing how, if she wishes, she may file "MFS" and claim a smaller deduction. If she signs, I'll mail on Monday and that will be that.
at 10:00 PM No comments: Links to this post

What with the new living arrangements and all, I'm having fun working out food preparation under a few simple principle:
I've gotten a lot of help from the herb garden. My salads and pan dishes are usually supplemented with leafy smelly things whose names I don't know (except mint - that one I remember). I'm sure any serious cook would recognize them, but they're herbs and they're fresh.
I'm also systematically working through my freezer to make sure I use up everything from earlier this year. There is little sillier than freezing something and then forgetting about it until it's so old that its only value is compost.
Sundays I start a huge green salad. I tend to base it on greens from a local market and supplement it from my garden - dandelion and chives, mostly. I toss in tofu, cheese, nuts or what-have-I to give it a protein kick and suddenly I have something I could live on if need be.
Most days I cook either a block of tofu or a chicken breast in my cast iron skillet. I season with whatever is in the fridge or the garden. I don't especially feel the need to start with a desired item and then cook toward it; rather, I prefer to cook what I have and just make sure it's flavored well.
About every third day I pick up an odd item from the grocer. Mountain bars are my bad habit, although once it was ginger snaps. Frugal and healthy are good, but there's no sense going crazy!
Right now I'm crocking some plumbs that were about to go; they'll be a fruit stew soon to which I'll add a little of the rhubarb, which is ready to harvest. Within reason, I'll just cook what's ready in the garden without worrying whether it was what I was aiming at to begin with. Why not? this is a home, not a restaurant.
at 9:29 PM No comments: Links to this post

Lest We Forget - the GOP Voted Against Veterans In February

As elections approach, it's helpful to remember what went on so long ago, like last February. 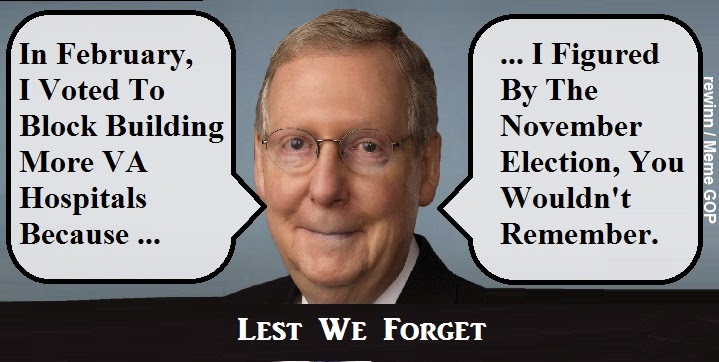 I wrote this one and decided to go ahead with Mitch's official photo. There's no need to use an unnecessarily disparaging picture when the message itself is so clear. In fact, it may be more effective to use a decent picture, so that the image itself is tainted by the message. I posted this and then forgot it. A while later, Daily Kos picked it up and it got over 6,000 shares (now up to 18,000 whoo-hoo!) The others haven't been quite so popular, but it's an easy idea to duplicate and best of all: it is completely fair. It probably represents what really went on. 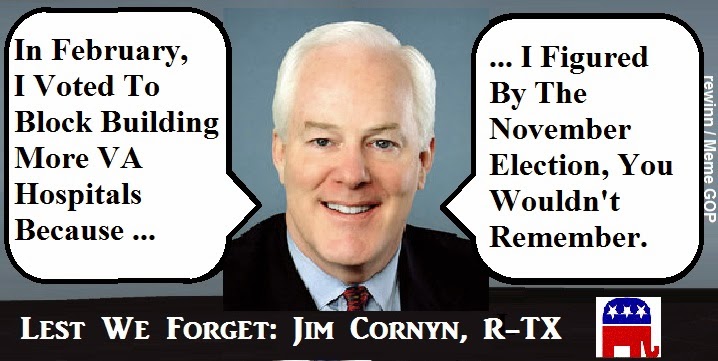 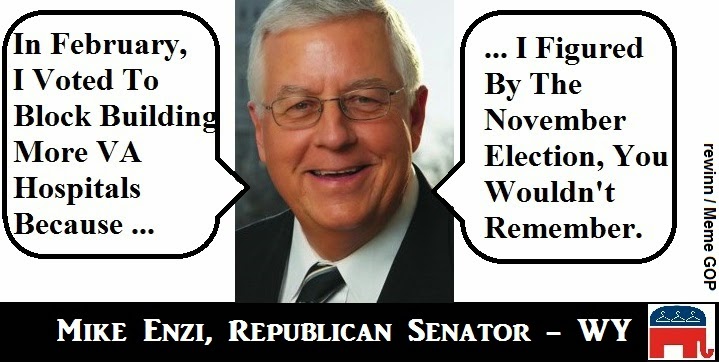 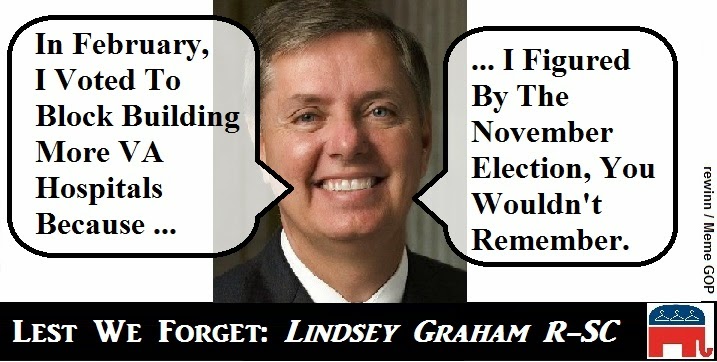 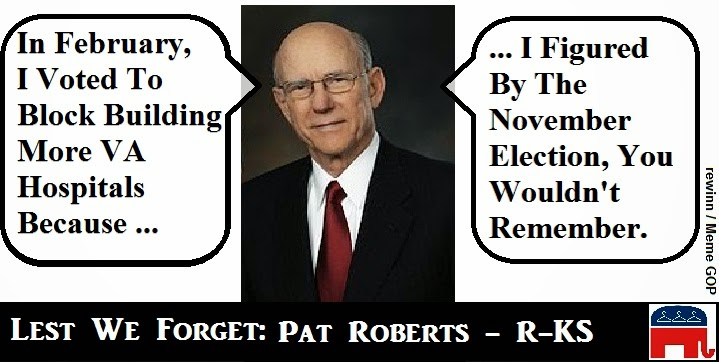