The following is the script to the next Republican Attack Ad Committee:

FADE IN WITH VOICEOVER

"Rudy Giuliani had an affair.

"When the going gets tough, America's leaders get busy!

"Yet Barack Obama still refuses to have an affair.

"In fact, in the Democratic primary he DEFEATED Senator Edwards, who had an affair, and Senator Clinton, whose husband had an affair.

"Can we afford to risk America on a man who won't sleep around?

"Vote McCain: he cheated on his wife too."

* Paid for by the Committee for Sleeping Around, David Vitter chairman.
at 7:51 AM No comments: Links to this post

Free Rice - a Game AND a Charity!

FreeRice.com is a simple, but fun, word game. It presents you with a word and four short definitions; for each right answer, they donate 20 grains of rice to the United Nations World Food Program ... and you get a harder word.

Watch the rice pile up in your bowl of donations! 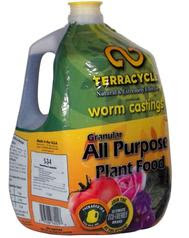 Here's an interview with the ultimate eco-preneur Tom Szaky, CEO and founder of TerraCycle. And yes, he really is making money off worm poop.

read more | digg story
at 7:08 PM No comments: Links to this post

When Celebrities Fight Back....

... a very funny response to McCain saying Obama is like Paris Hilton....
See more Paris Hilton videos at Funny or Die
at 9:32 PM No comments: Links to this post

Geothermal technology uses the relatively constant temperature underground to heat and cool buildings. In the Puget Sound region, the temperature 6 feet underground is a constant 49.5 degrees Fahrenheit year round; homes, schools and now the Seattle zoo are reaping the benefit.

read more | digg story
at 1:36 PM No comments: Links to this post

I'm learning from my Attorneys Assisting Citizen-Soldiers & Families (AACF) project that online social networking facilities can have realworld impact if the subject matter is compelling and the networking has an easy path to realworld action. In other words, it's a great project management tool!

The basic concept of AACF is really normal. We want to recruit lawyers (and other professionals, e.g. paralegals) to do pro bono in support of servicemembers deploying to Iraq, and continue this support to their families while they're away. There are many similar initiatives, such as a reported effort by the ABA to develop a network of attorney nationwide for much the same purpose. Do-gooder groups (and I mean that fondly ... I'm a Dudley Do-Righter too!) generate these projects on a regular basis; they hold meetings and raise funds and with great labor produce some results, although never enough entirely to solve the problem in a comprehensive and timely way. (Bush's war is dragging into its seventh or eighth year now, and no-one even knows how many citizen-soldier families have unmet legal needs.)

AACF focussed on Washington State National Guard members deploying to a war zone in August 2008, and their families. This sharp initial focus meant that we weren't asking for some general, vague helpfulness that could be implemented at some point in the future; we wanted precisely defined help in a particular situation with a hard deadline (e.g. "servicemember needs parenting plan within 14 days").
This helped a lot from a project management standpoint: either we were up by Aug'08 or we had failed. In contrast, most of the other programs I've heard about had vague deadlines. Anyone who's done project management knows what that means: dates slip, goals expand, administrative costs go up, let's hold another meeting!

It also helped recruit volunteers. "Can you do X for Y on date Z" works better than "Hey, wanna do something sometime maybe?"

Our other advantage is using social networking from the start. Use of an open listserve and maintaining a project website visible to all meant that newcomers could bring themselves up to speed by reviewing past discussions. I don't say that there weren't off-list discussions; people are people and sometimes we just have to talk things over quietly. But as much as possible, the discussion archives should be visible to newcomers; that's very helpful.

Technology made recruiting volunteers easier. The initial, traditional recruiting concept was to put notices in professional publications (e.g. the monthly bar association newsmagazine), get something in the paper, etc. This was not useless, but is was slow (magazines need leadtime!) and it's not clear how many people read something in a magazine and then act. At any rate, we have so far gotten very few volunteers from such notices. One most helpful use of these publications was linking to their online editions; it is an indicia of reliability to be able to say "As the Bar Association noted recently (see http://www.wsba.org/#aacf )... ."

The more effective recruiting methods were direct invitations to potential volunteers, mostly by very tightly targeted emails to attorneys pre-qualified by some characteristic. For example, every members of the WSBA who mentioned "military law" as a practice area (and who didn't list an .mil address ... we didn't need to recruit people already providing services) got an email with their name on it. The response rate was excellent! We also used, in an appropriate way, listserves oriented around relevant subject matter, with appeals tuned to the listserve's subject matter (...it's important to be providing those listserves with material useful to the list, not to spam them which is completely ineffective as well as wrong.)

In these direct appeals, having the project description & materials available on the web from the start meant that every recruiting effort had "Learn more: http://aacf.wordpress.com "; this was 'way better than a long long long email which few would ever finish reading.

Project management was not entirely by project listserves, but we could not have hit our target date without it. Early in the project, we tried to have regular project meetings around a conference table somewhere: FAIL! Geography and time schedules completely barred this approach. We *did* have several teleconferences which were pretty helpful but, interestingly enough, the most recent telecon had to be done twice since there was no *time* that could accommodate everyone. The a-synchronous nature of social networking facilities such as listserve seem to sometimes balance the rapid response and aural social cue advantages of telecons.

The proof is always in the results. Our project got underway maybe March'08 and started delivering units of service in July'08 (... first formal training July 9, first telephone consultation with a servicemember shortly thereafter). Meanwhile the ABA (...vastly better funded, extremely professional...) is still not ready.

Did that sound like boasting? I plead guilty! Still, it's worth pondering why we beat the ABA and their ilk to market. I do hope that their more slowly, more traditionally-structured program will grow to encompass what we've done, for traditionally-developed projects have economies of scale; they also so dominate the market of this sort of project that newer, nimbler social networking methods can compete only in small, innovative matters, for the moment .....

Fans of "The Innovator's Dilemma" will recognize that last sentence as pointing to an explosive concept ... but that's for another day.
at 9:43 AM No comments: Links to this post