How Bush Plans to Escape Jail ... And What To Do About It

George W Bush knows he's committed many felonies. (It's not worth arguing the point; if you are still in denial about his lying to Congress, felony FISA violations, participation in a conspiracy to out a spy in time of war, and so on ... this is not for you.)

Think like he does. Bush knows he's got a problem, or at least his advisers do. George may be too arrogant or, more likely, more added from decades of coke and booze to realize he's being fitted for an orange jumpsuit, but his cronies know that the day he goes into a cell is the day he testifies against them. So how does Bush avoid prosecution for his many felonies?

What would YOU do if you were he?

The Libby Obstruction of Justice and Perjury case points the way. Bush plans to get a pardon! Of course he can't give it to himself.

But he can pardon Cheney on the night before Bush leaves office. Then, Bush can himself resign. Why not?

Cheney is then sworn in, and pardons Bush. Who's gonna stop them?

The theory is that now each have pardons and can flick their fingers at the justice system!

The hole in the theory is this: pardons cover only past crimes, not future crimes or crimes committed in the act of issuing a pardon.

Any otherwise legal act becomes a crime if committed in furtherance of another crime, including a past crime. This is the basis of the crime of "conspiracy". Issuing a pardon (or other executive clemency, e.g. commuting Libby's sentence) for the purpose of obstructing justice ... or as the culmination of a plan to commit crimes such as lying to Congress ... is an act of conspiracy. The act of giving or receiving a pardon cannot wipe out the crime committed in giving or receiving the pardon.

It is important to spread this idea about. Conventional Wisdom is that America will be happy to let George and Dick go on vacation with their ill-gotten gains, their crimes forgotten by the same pardon process that kept Nixon out of jail.

But it does not have to be that way. If we expect the conspiracy, we can rob it of its effectiveness.
at 9:17 PM 3 comments: Links to this post

The Lucky Penny Theory of Investing. 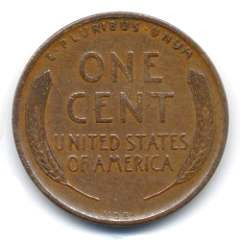 2. Every morning, ask them "Will the market go UP (Heads) or DOWN (Tails)" and flip them all.

5. At this point, you have 1 penny left. This penny has SUCCESSFULLY predicted something like 10 DAYS of market performance.

This is your LUCKY PENNY! It is clearly more successful than any human at predicting the market!

Give it a salary and a bonus.
at 9:53 PM No comments: Links to this post

Giulidammerung: Twilight of the GOP

Giulidammerung is the last of the four opera that comprise Der Riun des Reagenungen (The Ruin of Reaganism), by Richard Viguerie. It received its premiere at the RNC Konventionhaus on September 1, 2008.

The title refers to a prophesied war of the corporatists which brings about the end of the GOP.

Prologue
The three Pollsters, daughters of MSM, gather beside the 35W bridge, weaving the rope of Conventional Wisdom that binds even the gods.

Rudyfried arrives, disguised as Reagan, and claims the nomination for the Oval Office of Power.

Norquist, waiting by the bank of the Mississippi, is visited in his sleep by his spiritual father, Reagan. He swears that no New York, pro-abortion, anti-gun flip-flopping liberal shall have the Oval.

In the cemetary at Arlington, the Rheinwidows mourn their lost troops.
Rudyfried happens by; they urge him to bring the troops home and avoid Iraq's curse, but he ignores their tidings of doom.

They swim away, predicting that Rudyfried will fail and that his heir, a lady, will treat them more fairly.

The cemetary overflows its banks, engulfing Rudyfried as the GOP bursts into flames.