God Has Spoken: Pride Is Better Than Trump 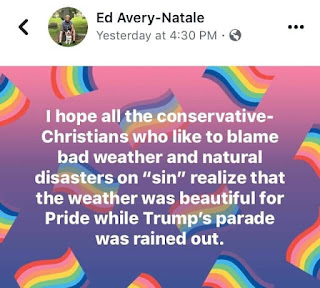 I hope all the conservative-Christians who like to blame bad weather and natural disasters on "sin" realize that the weather was beautiful for Pride while Trump's parade was rained out.
-- Ed Avery-Natale
==

Interesting that this was my most "like"d facebook post in months, beating out even my best nature photo!
at 8:25 AM No comments: Links to this post 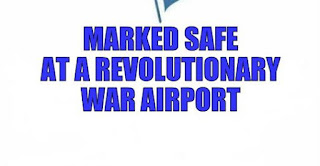 Generated by an app, I think... 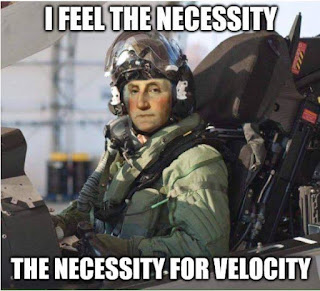 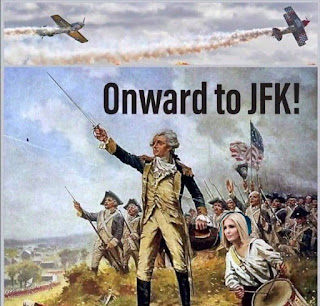 Whoever did this meme combined Revolutionary War Airports with Unwanted Ivanka 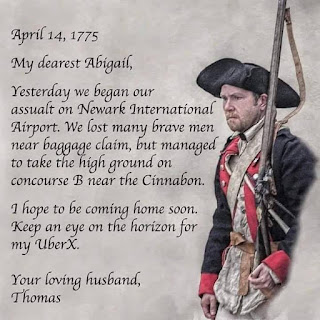 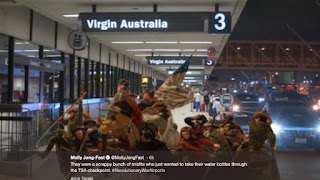 There were so many versions of this joke! 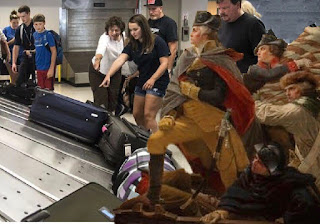 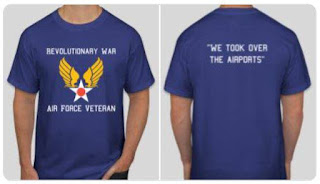 Someone is clever enough to make a buck of the joke! 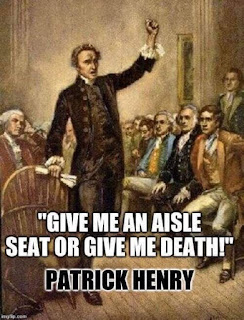 Who doesn't feel this way sometimes? 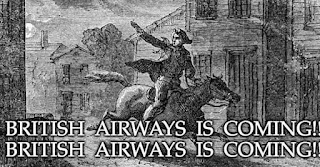 I hope BOAC is paying this guy 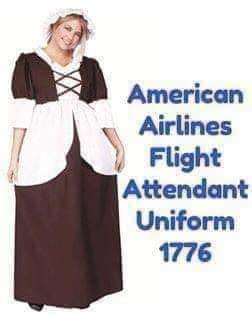 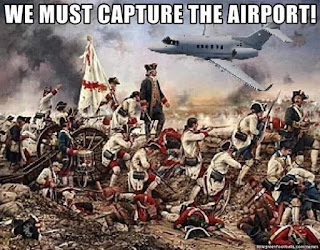 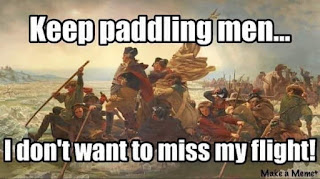 This can happen when you take the water taxi 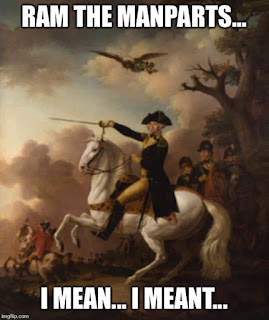 There was a whole lot of other raving in that speech 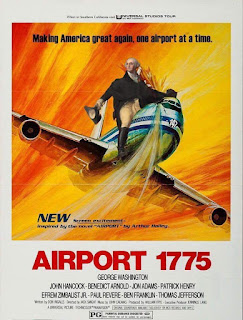 Just wait for the movie! 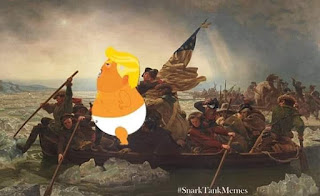 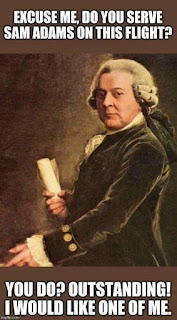 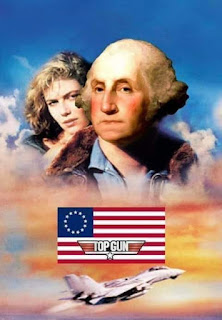 Everyone thought Tom Cruise was too short to play George Washington 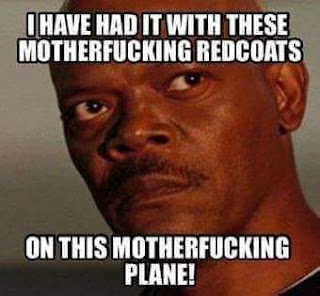 There's a Samuel Jackson quote for every situation.

It's basically the same quote. 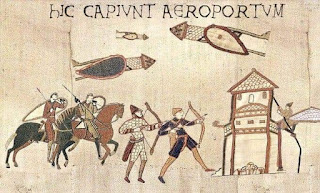 Harkening back to my SCA days 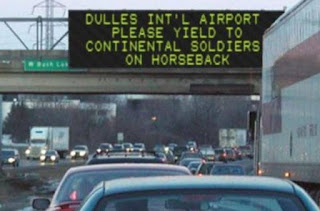 I use this meme generator often; wish I'd thought of this one!! 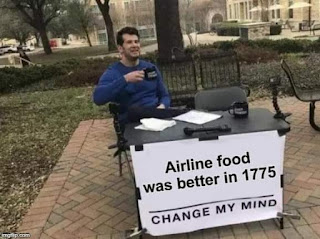 This looks like another meme generator I'll have to look up, but it could be IRL 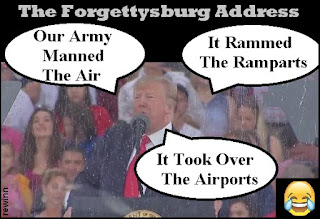 I did this one, swiping "Forgettysburg" from somewhere.
It was all just too amazing! 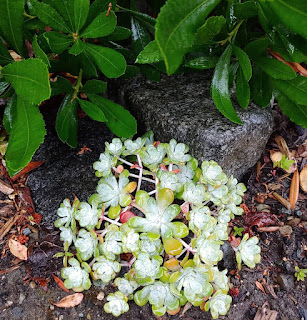 Cute and real but their design seems improbable
at 7:00 AM No comments: Links to this post

July 4 Lunch with VAF at VAPSHCS 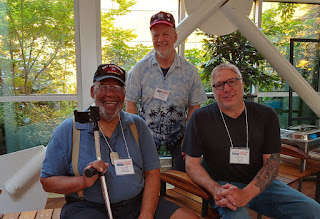 Serving now: 4th of July feast at the VA hospital with Cyril, Costco Bob and Veterans And Friends Of Puget Sound

Email ThisBlogThis!Share to TwitterShare to FacebookShare to Pinterest
Labels: VAF

True Story Of The Day

There's an unfinished construction project on my corner. The house was demolished and a foundation dug, but no work on it done for months.
It's got stuff sitting around - lumber, a dumpster, a port-a-potty - just sitting around there.
This morning I saw a pickup pull up and a guy get out.
Another pickup coming from the other direction stopped, and the driver rolled down his window.
"Hey, buddy, what's going on with this site?" said the driver.
"I don't know," said the other guy. "I just stopped to use the potty."


---Told today as a true story at Toastmasters
at 10:00 PM No comments: Links to this post 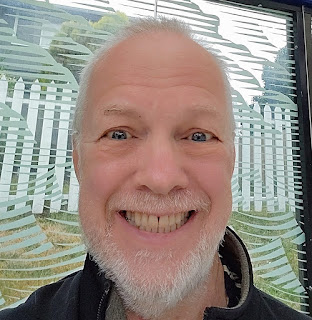 ... the crazy guy is taking selfies again!
at 6:30 AM No comments: Links to this post

Email ThisBlogThis!Share to TwitterShare to FacebookShare to Pinterest
Labels: me

The daisies and the lavender should be friends! 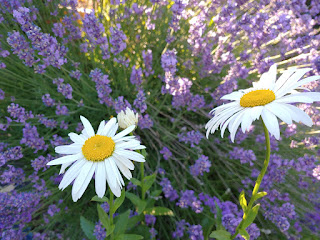 This is from walking by a yard down the street. My neighbors grow great stuff!
at 7:00 AM No comments: Links to this post 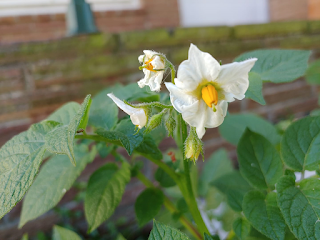 If a potato goes bad in my pantry, I plant it. In a while it sends up leaves, then a few little flowers. When the greens wilt to brown, there will be new potatoes in the ground! #easygardening
at 8:00 PM No comments: Links to this post

I've been making electricity all morning