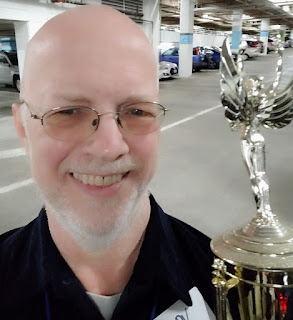 I competed in Toastmasters District 2 humorous speech contest and had a great time. I didn't place, which is disappointing, but I got a huge number of laughs, which was my intent. Some friends say the problem was that I went first; the warm-up act never wins, they say.
It's ok. The trophy was ridiculously huge. What would you do with it during the year you hold it? I suppose they need room to put the names of winners on, as an eternal tribute to people you'll never know. I'm more than happy to have gotten big laughs!
During set up I was asked to help move trophies in from someone's car. I just had to take a selfie and then posted it with a caption that clearly said I was carrying the trophy (it said nothing about winning). In the comments area I wrote


".....carried by me from the parking garage to the hall for someone else to win. I was the opening act and got more laughs than I ever did before, so I'm cool with someone else taking the trophy home.

The "likes" started pouring in. Then the Congratulations!
It was evident that not everyone was getting the joke.
I reworded the caption to make it more clear that this was a joke, I was just carrying the trophy, not winning it.
Congratulations continued to come.
I added more language, then more again.
I'm at over 80 likes. Maybe it's just a pretty photo or maybe people don't necessarily read in full. I'm sure I would have got caught by the same joke. Indeed, how do I know I haven't?

Email ThisBlogThis!Share to TwitterShare to FacebookShare to Pinterest
Labels: humor, me, Toastmasters

Name Clones: Other People with the Same Name

On the internet there are a lot of people with the name Randy Winn or Randall Winn. Here for my amusement are some:

Email ThisBlogThis!Share to TwitterShare to FacebookShare to Pinterest
Labels: me, Things That Make You Go Huh

I try to be positive but it's hard some days 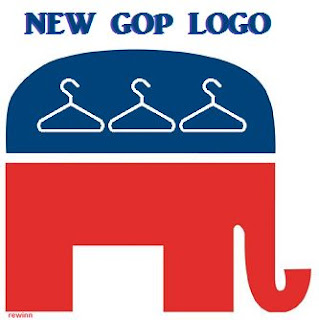 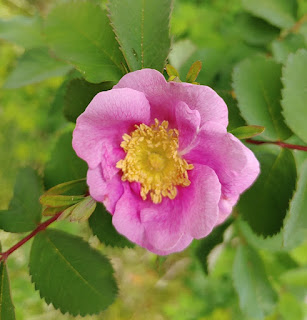 Years ago, I got this at Village Green Perennials years ago as a very small start. It did not seem to do anything for a long time but this year: Look at it now! It just wanted some time to settle itn.
There's a lesson there I suppose.
at 7:00 AM No comments: Links to this post

So Varys turned stupid, and that led to Daenerys turning evil. #badwriting 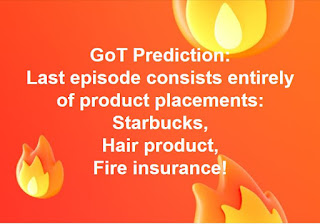 This flower does things differently 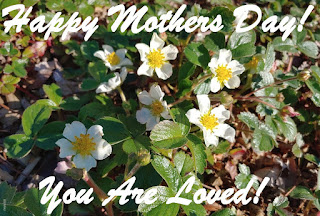 To the many mothers in my life: sisters, nieces, aunts, ex's, friends, colleagues, my departed mother and all who share our beautiful mother Earth: Happy Mothers Day!
at 10:00 AM No comments: Links to this post