25 Random Things About Me

1) I was not born on December 4th, 1906; in fact, the number of days on which I was not born so far exceeds the number of days in which I was born as to render my birth statistically improbable.
2) I was depressed by wolves, so I'm sort of the opposite of Romulus and Remus
3) I have a canny ability to develop uncanny abilities
4) I ate three kids, if you add up all the goat meat I've devoured in my life
5) I don't have any fiends
6) I am developing a photo to take over the world (which is much better than developing a plan to take over the world); unfortunately Kodak no longer makes the chemicals I need to complete the process, so y'all can stop worrying
7) I have a hidden talent, but if I told you what it is, it wouldn't be hidden anymore
8) I find that young people are getting older all the time yet, mentally, I am still a teenager; I intend to find a way to derive energy from this differential
9) I resolved, at one point in life when I was quite unhappy, to laugh loudly whenever possible; this fools people into thinking that I am jolly, or at least it has fooled me
10) I stole the following line from Mark Paleologopoulos because I like it and he can't stop me AFAIK: "Whenever I get in a line at a busy store, you can bet the lines will be gone by the time I get to the register"
11) Nobody knows the troubles I've seen, not even me, which is pretty convenient
12) I was going to accept my self-denial but I didn't want to deny my self-acceptance
13) I have had some good luck and I have had some bad luck, but luckily I don't remember the bad luck (much)
14) I am vastly more profitable than WAMU, AIG and many other bastards that take your money
15) I believe in the inherent worth of believing in inherent worth
16) I don't think it's ever wise to refer to your wife as "the incumbent"
17) When you consider the possibility of unicellular life living in superpressurized subterranean waters, it's entirely possible that the vast majority of life on earth is a gigantic brain that evolved humanity to drain the oil from its pores
18) I had the undergraduate credits to graduate from Michigan State University with either a Bachelors in Arts or in Science, and chose the latter because the initials were funnier
19) I found Law School to be rather easy, once I realized that the in-class "call" was worth only 3% of the grade
20) I blew off Law Review when I figured out that it was (at least at my school) a meaningless exercise in comparing minutiae designed to feed more bodies into the maw of the Partnership System
21) I recently discovered that diet and exercise can affect my health; who knew?
22) My favorite color is the visible spectrum
23) I m nt imprssd b vwls
24) Of the Twelve Forms of Immortality, recording your thoughts on the Internet may be the least expensive but also the most meaningless
25) I believe in saving one entry in every list for later modification
at 2:43 PM No comments: Links to this post

The Wall of Boasting is that place where you put up certificates and photos of things that make you proud. In the old days (like maybe ten years ago) I had actual certificates in actual frames, but why bother? The internet is seen by a lot more people (even if by accident.) I'm sure I have all those certificates around somewhere, if I haven't used them for pastry parchment.

Anyway, most of those classical achievements seem kind of sill now. Law school was just a question of paying tuition and figuring out what to put down on a test. Passing a couple of Bar exams was just a matter of scoring points based on the rules. Beating Diablo II was harder.

But an achievement of which I am quite proud both because it has an impact on real people and also because it wasn't just a matter of following the rules is the Attorneys Assisting Citizen-Soldiers and Families project. I am very much especially proud of a letter I just got - one that goes high on top of my personal Wall of Boasting:

I would like to thank you for your participation in the Attorneys Assisting Citizen-Soldiers and Families (AACF) legal assistance program. Your willingness to serve those who serve, reflects greatly upon your devotion to our country and fellow citizens. At a time when our National Guard members have been called to deploy in record numbers, you have agreed to step up and ensure they have the full support of the Washington State legal community.

As we enter 2009, the Washington National Guard currently has over 3,500 soldiers and airmen serving in Iraq. In early March, another 500 National Guard members will be deploying to Afghanistan. Additionally, many of our National Guard members were recently called to serve in local communities throughout Washington State to assist with the recent flood and storm relief operations. Obviously, the members of the National Guard have been getting called away from their civilian jobs in great frequency and are indeed very busy. It is evident that being a citizen-soldier of the National Guard carries with it a heavy burden, but having access to quality pro bono legal assistance has definitely made that burden easier to shoulder.

Again, thank you for your willingness to participate in this program. I hope you continue to find this to be a rewarding and fulfilling volunteer opportunity.

Additionally, if you have personally accepted a referral or assisted in the administration of this program, I have mailed out a Certificate of Appreciation signed by Colonel Bennett, who is the Washington Army National Guard Staff Judge Advocate. The certificates were mailed out today and are suitable for framing. I have also attached a thank you letter to this email.

The members of the Washington National Guard and their families truly appreciate your support and service!

Now that makes me feel proud!

Of course, there's more to do, way more; I just hope that each entry in the Wall of Boasting cancels out one entry in my personal wall of Don't Be That Guy.
at 2:35 PM 1 comment: Links to this post

Email ThisBlogThis!Share to TwitterShare to FacebookShare to Pinterest
Labels: aacf, wall of boasting

Phone Bait: Don't Be That Guy 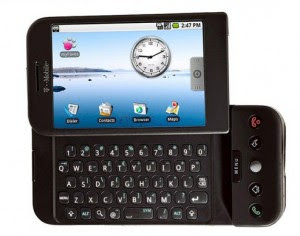 I hate it when I make stupid mistakes, but at least I get to write them down so maybe you will heed the warning: Don't Be That Guy!

Today's Don't Be That Guy is about cellphone plans. Cellphones are great! I got rid of my landline long ago, since it makes no sense at all to have both a landline and a cellie. But, from the standpoint of the phone company, cellphones are even better than great ... they're bait! - shiny things that attract the unwary fish on which they feed.

I noticed this last time my lovely wife needed a new cellphone. Her old one had died, and at the T-mobile store they were offering what she wanted at what looked like a reasonable price, which included a two-year phone contract. Only after I got home and thought about it ... much too late ... did I realize that we were basically cows locked into the T-Mobile milking machine for 24 months. They could have GIVEN us the phone and it would've been a good deal for them. It's as if Mina Harker PAID Dracula to bite her. 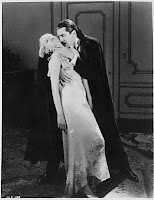 A few months later, my own phone died. I went to Costco, because it has never screwed me over, not once on anything. Their phone display was T-Mobile and they had the gPhone for immediate purchase. "Cool," thinks I, "That uses Android, an open source operating system so no doubt there will be a lot of add-ons and programs and games and such." I noticed that I was committing myself to a two-year contract but since I asked for the cheapest plan, I figured it was all o.k.

Three months pass. I haven't gotten a bill, but I don't think about it. After all, who waked up in the morning thinking "What bills should I be receiving today?"

One evening, coming home, I find a note from The Lovely Wife. "I'm at Two Bells with my mom; your phone doesn't seem to be working." I immediately headed for Two Bells, confirming on the way that my phone indeed had stopped working. It seems they'd shut me off because ... without having received a bill ... I'd run up several hundred dollars of charges and ... not having received a bill ... hadn't paid.

I talked to T-Mobile and I discovered that the plan they'd sold me had, other than weekends, only 300 minutes a month, or about 10 minutes a day. Unfortunately, soon after I discovered the phone's "speakerphone" feature, I'd figured out I could attend meetings of the various groups I volunteer for by phone. I was being efficient by doing my volunteer service remotely, and completely oblivious to the fact that it was costing me 40 cents a minute.

Well, there's not much to do about it now. I'm sure the contract says exactly what the phone company rep says it does. And I'm sure complaining that I hadn't gotten a bill will get me nowhere. If I HAD gotten a bill that first month, I would've noticed the charges piling up, and stopped; but I don't recall every having such insanely high bills from a cellphone before, so I didn't have monitoring minutes high on my list of priorities.

I've learned. The cellphone is just a way to hook us into an expense contract with Tmobile. It's not a bad phone and the add-on applications are o.k. but basically it's bait for the unwary, and the hundreds-of-dollars phone bill was just Tuition in the School of Life ( I hope I get a good grade! )

Meanwhile, you reading this: don't take the bait. Don't take the cool phone, whether gPhone, iPhone, xPhone or whatever ... unless you REALLY analyze your phoning patterns and plan ahead to spend according to your habits. Or you will pay the same price I did: Don't Be That Guy!
at 4:20 PM No comments: Links to this post

Email ThisBlogThis!Share to TwitterShare to FacebookShare to Pinterest
Labels: Don't Be That Guy, money

Which modern comics are improved by translating them into Middle English?

Many of them, according to the evidence of "Japes for Owre Tymes" at
http://middleenglishcomics.blogspot.com/

Besides the immediate humor of the translation, the anonymous professor gives a helpful commentary explaining the wasteland of today's legacy comics: most of them are from the Middle Ages! "Shoe", for example, makes more sense when you consider its roots in the Dark Ages.

The motto in the logo alone is worth the visit ( "Ich Gette Hit Nat")
at 9:40 AM No comments: Links to this post