No Family Left Behind

I'm just back from a conference ("No Family Left Behind") on helping servicemembers and their families with legal issues that arise from their deployment.

Deployment is hard on everyone, but there are special burdens on our National Guard and Reserve. Imagine you're making $100,000 a year, and have a mortgage or lease to match. Suddenly you're called up; you'll be away from home 15 months or more, at a massive pay cut. How will you cover your mortgage on service pay? What if they try to foreclose while you're in Baghdad? And so on ...

Our law offers many protections to deployed servicemembers, but our community needs to know about them to cut problems off before they develop. Usually an employer or landlord will do the right thing, if they know in advance what the law requires ... or are reminded in a timely way by an appropriate professional. This is not only good for troop morale, it's also the right and just thing to do. Join us!

(We'll have videos of the training up soon. The more who know the law, the better for everyone!)
at 1:29 PM No comments: Links to this post

http://groups.yahoo.com/group/4freecleAre you looking for no-cost CLE? Join this list to find out about newly listed no-cost CLE.

Are you providing no-cost CLE? Post a message using the link to your left, or contact the list administrator at rewinn2003@yahoo.com. Make sure the subject line describes WHERE and WHEN your event is, and that the body of your message tells how to get more information.

See its links page for links to announcements and permanent resources, e.g. recordings on the web.

Who Would Offer Free CLE?
Everyone's got a reason! Some providers regard education as part of their mission. Other providers are nonprofits offer training that is eligible for CLE credit, in exchange for pro bono service. And still others offer a free course to get you to try their "non-free" products.

Whatever the motive: Postings are reviewed to ensure that they offer some way to get free CLE.

Postings should include contact information, whether CLE credit has been applied for and in which jurisdiction(s), plus whatever else seems reasonably calculated to help people decide whether they wish to attend.

SPREAD THE WORD!
Feel free to pass on information about this list, in a non-spam way, to anyone interested. This link should get most people to this site: http://groups.yahoo.com/group/4freecle/
at 11:40 AM No comments: Links to this post

Newest Scandal: Obama Says "A" Instead of "An" 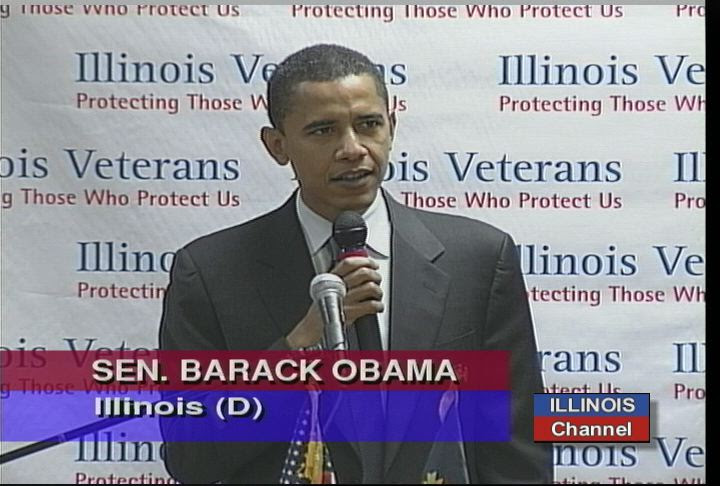 Pundits agreed. "This is yet another major, major issue before the voters of this country," intoned a man in a suit on television. "The question is whether we can trust a man who says "an" one day, and then suddenly says "a"? Does this show a lack of experience? Do we really know who Obama is, rhetoric-wise?"

The Obama campaign was quick to react to this newest attack. "Obama has consistently used both forms of the indefinite article as needed," said a spokesman, "As president, he will consider all views, including that of the grammarists on the ground, and refine his usage according to facts as they develop. But, in the end, he will select whichever form of the indefinite article is better for America."

But it may be too late. "We are creating an image of Obama," said one host of a corporate media program, "Is he a man who changes his opinions when he learns new facts? Is America really ready for that sort of leadership?"
at 6:04 PM 3 comments: Links to this post

Basically, the name says it all: Scrabulous lets you play Scrabble online. There are options for solo play (it's a good idea to adjust the difficulty settings unless you know words like "qim"); play online against users anywhere on the internew; or also play live with friends privately in a reserved room room. Free (although of course you can pay for more features) and fun: http://www.scrabulous.com
at 10:40 PM No comments: Links to this post

Email ThisBlogThis!Share to TwitterShare to FacebookShare to Pinterest
Labels: games

Heat Map of US Gas Prices 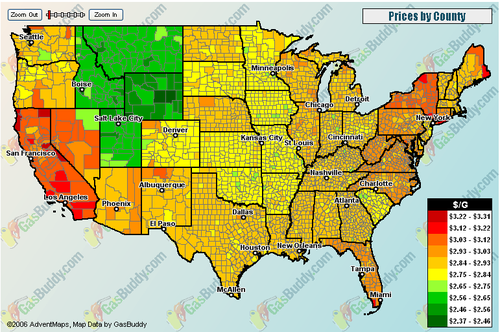 is now offering a "heat map" of gas prices are around the USA (Canada also available).

Areas are color coded according to their price for the average price for regular unleaded gasoline; you can zoom in for details such as the precise location of stations flagged by their currently reported pricea.