Saturday December 17, 2016 was the end of the Trusteeship of DAV Chapter 23 (West Seattle) and the election of a reform slate of candidates.
The meeting began with the Trustees turning over the meeting to an official from National, who read a list of 10 conditions for ending the Trusteeship. We had all heard they were coming but didn't know what they were, and were worried. There was nothing to worry about; the 10 conditions were all things that we should be doing and should have been doing all along, such as getting the Service Officer Program regularized, with posted and official hours. In some cases the conditions appeared to be direct responses to things in the reform slate's letter to National, such as emphasizing that the Chapter exists to provide service, not merely as a social club for its members. Maybe it was a coincidence, but anyway the conditions were welcome, at least by the reform group.
The next step was the election, presided over by National in a professional but good-humored way. The Bylaws in effect were from several decades ago and included several provisions no longer in common use at DAV (such as including a Judge Advocate on the executive board); one of the conditions was to bring the Bylaws up to date which would almost certainly eliminate the superfluous positions, but in the meantime we had to follow the rules in effect. Whenever there was a question, the official would read the pertinent section from the Bylaws and that was a pretty professional way of handling things. It certainly made it impossible to disagree with the ruling!
During the election, there were several moments of humor. Whenever there was a problem with the voting or a lost pen or anything, someone would say "The Russians Did It!" and everyone laughed.
The first balloting was by writing names on slips of paper, which sounds straightforward but don't worry, there were ways for there to be problems. Three candidates were nominated for Commander - one candidate was "Ron Bryant" and another candidate is "Roy Brimley". Some people wrote R scribble Br scribble had to be decyphered. The reform slate had intended to nominate Mr. Bryant but when snap elections were called he was on his annual residence out of state. The reform posse then picked Mr. Williams but word didn't get around so both reform candidates got nominated, splitting the vote. Fortunately for reform, Williams got one more vote but it was a near thing.
But that didn't end it. The list of all members included 23 who were present. 24 ballots were counted. We were all surprised. It seemed inconceivable that anyone would vote twice, but a count is a count.
The National official conducted a second balloting. This was complicated because one more Member had come in the door; the official admitted the member and ruled that the doors were now closed; anyone else coming in couldn't vote for the rest of the meeting.
For the second ballot, there were 24 members present on the membership roll, and 25 ballots. Now we were REALLY confused; it just not seem possible that someone would cast two ballots both as a matter of fairness AND now with everyone watching what was going on. The National guy ruled we needed to go with a raise-hand ballot; he pointed at each of the Members in turn, who then voted. Result: 25 votes, out of a list of 24.
More puzzlement. Finally by comparing the names on the list to everyone in the room it was figured out that one long-time member, who had a valid Chapter ID card and everything, had have been assigned to Chapter 23 Wyoming instead of Chapter 23 Washington State. Since he'd never lived in Wyoming the National officer ruled this this was a clerical error, the member's vote was counted, and the tally finished at 25.
Since I'm in the Auxiliary I did not vote, but the Officer running did not necessarily no this nor would it have been prudent to make assumptions, so when he pointed at me, at first I waved him off but, when he asked if I was abstaining, I said "Not Eligible" - more words than I've spoken aloud at the last six meetings.
The Reform slate took the positions of Commander, Senior Vice Commander and Treasurer; the old guard retained Junior Vice Commander and Chaplain. The other positions - which would be eliminated when the Bylaws were reformed - were tossed around like hot potatoes until various people agreed to hold them, just to satisfy the rules. The election the adjourned, and new Commander elect held a brief meeting. He made it a point that everyone was allowed and encouraged to speak up, and several people made various comments. That seemed to be a good start; we will not agree on everything and that's actually a good thing, but open conversation is the basis of a healthy organization like this.
The meeting adjourned and then people just hung out talking for a long time after - another good sign. Upstairs the Department of Washington was conducting a training of some sort, making good use of this building for the first time but surely not for the last time.
All in all, this was a good day. The Chapter is on its way to health and service. I am proud to have helped with written advocacy, putting the ideas of the reform group into a written form that the national office could understand. Often people who are experts in their subject matter area are just not great at expressing their facts and intentions in a way that effectively advocates for their position, but that's ok - that's what I do when I can.
at 9:00 PM No comments: Links to this post

It is a dark time. But we can still laugh. 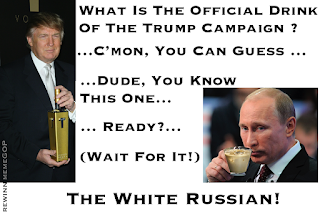 No Feet On The Bed

In an experiment to curb my presumed sleep apnea, I tried sleeping on my vintage chaise longue.
It's a handmade bed or couch that I bought from Mercer  Island Thrift Store, since Kris had always expressed a desire for one. She had the thrilling image of resting there sipping fine drinks and playing the lady. She left it behind in the divorce.
The person who donated it said that it had come from a grandparent who had said it came from a Colorado saloon in the late 1800s. I don't know, but the wood work definitely looks hand made. The upholstery is modern and aweful but it is understandable that it would have needed to be replaced. I fancy thinking that this had once graced a bawdy house. It sat unused for a year until I tried it last night.
I can rest comfortably on my side and I'd hoped that its narrowness would discourage me from lying on my back and snoring. This worked somewhat. At first I slept on my side and awoke little. But around three I awoke on my back with the dry mouth feeling and my feet hanging over the end. It's not going to work as intended but it was a worthwhile experiment.
The cats were puzzled by this. Imp settled for sleeping on a nearby shelve where I had deliberately set a towel. Arthur jumped on my and nuzzled as usual but declined to take the shelf near my head. He has his opinions, that's all. The other cats came and went, perhaps as interested in this new arrangement as concerned about the puppy. Life goes on, I'll find another way to deal with the apnea.
at 6:16 AM No comments: Links to this post

Now I Am A Dogfather. Or Doggrandfather. 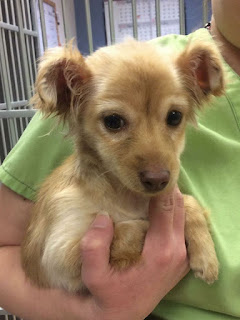 Kiara and Nessa have talked about getting a dog some day, but not yet. I'm ok with that; they're great with animals. I really appreciate their care for the cats. Yesterday the dog appeared. Technically she is "only" being fostered, but there is about zero percent chance that she won't stay as a permanent member of the family. Nessa got her through some contact at the hospital that knew this puppy needed a home. My role was to give Nessa and the puppy a ride home from the hospital.
The pup is a Chihuahua Dauschund mix, about the size of a small meatball grinder. It'll be interesting to see how she gets along with the cats. I'm sure they'll adapt, although Arthus may spend even more time upstairs, which is fine with me.
at 7:54 PM No comments: Links to this post

A few weeks back I had a discussion with a doctor about the possibility of sleep apnea. I awaken frequently (3 or more times a night) usually feeling worried, often with racing pulse and dry mouth. This is consistent with low oxygen levels. I am generally tired during the day - I had attributed this to carbohydrate cycling my blood sugar and indeed that may also contribute. And there's the snoring. This is generally good news. It would be better not to have this problem but if it is the cause of the problem then I can do something about it. I discussed this with a cardiologist with group heath, who basically concurred with the possibility and wrote me a prescription for a sleep study. I am reluctant to go through with the study because it's a break in routine and I'll miss out on the valuable nothing that I have been accomplishing, and yet if I do solve this sleep problem I'll have so much more energy that it'll make up for the lost time. I just have to talk it over with myself and go through with it. I got the bill from Group Health and it was awful! Something like $280 for a half hour talk? I had just assumed this was covered by insurance, but perhaps that's what the HSA is for. The HSA money has to be used and if this is what it's for then, ok, but it seems crazy.
at 5:42 AM No comments: Links to this post

On Monday December 12 at 9:00 am, the Ninth Circuit will hear oral argument in Saleh v. Bush et al.; the plaintiff, an Iraqi woman, is seeking a court order declaring the Iraq War illegal under domestic and international law. http://witnessiraq.com/2016/12/05/ninth-circuit-confirms-judges-who-will-hear-argument-on-legality-of-iraq-war/ Saleh alleges that former Bush Administration leaders committed the crime of aggression when they planned and executed the Iraq War, a war crime that was called the “supreme international crime” at the Nuremberg Trials in 1946. A federal statute immunizes former federal officials in civil lawsuits if a court determines that the official was acting pursuant to the legitimate scope of his or her employment, and the district court dismissed on this basis. Saleh is disputing this immunity, arguing that the planning and waging of a war of aggression against Iraq fell outside the legitimate scope of employment of former President Bush and the other defendants. A summary of the case with links to pleadings is available in the About section of http://witnessiraq.com/ The oral argument will be livestreamed and then be available for later viewing at the Ninth Circuit's Youtube channel.
at 9:16 PM No comments: Links to this post