Which one is really better for the economy? 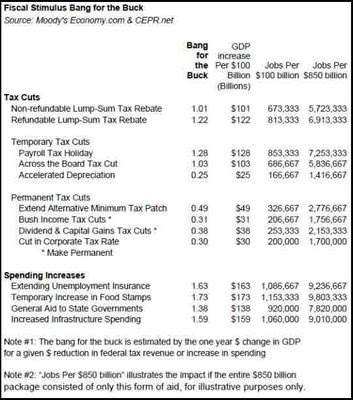 Everything you need to know in one simple chart.

read more digg story
at 5:11 PM No comments: Links to this post

Female Faces of War: This Saturday! 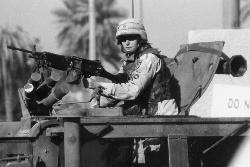 "The effects of the Iraq war on women are grossly overlooked. The public needs to know that in addition to the already astounding $12 billion in American dollars spent each month in its fifth year of engagement, women are paying an extraordinary price. One out of seven US troops are women who not only serve in unprecedented numbers, but deal with the violence of sexual assault on top of the horrors of combat. Iraqi women, who are in the line of fire with their families, also face the violence of personal attacks from religious fundamentalists.

This 50 minute documentary explores the impact of the Iraq war through the personal stories of individual women including:
Several organizations and national media have requested permission to show the film when it is completed. Female Faces of War will be distributed through partnerships with community and activist organizations and by direct sales.

It is our hope that hearts and minds will break wide open, that a new sensitivity to these issues will turn into compassionate action not complacency."

See Trailer
at 2:49 PM No comments: Links to this post

A Visit from a Small Raptor

Sunday, while Kris was off at Pilates, our patio was visited by a very neat-looking bird, very elegantly turned out from the neatly hooked beat, dull red shirt front and short pants (with a blue plastic marker on the right leg) to the long tail with dark and light broad stripe, and a little white trim.He (or she) returned Tuesday; when I talked it over with building management, they mentioned there was a nest up in the eves of another part of the building.

According to our birdie friend Jeanelle:

I'm guessing (just guessing) from the relative size in the photo, it's a Coopers. But these two species are notoriously difficult to tell apart. If when watching it, and it raised its hackles on the back of the head, giving the head a more squarish appearance, that is also a field mark for the Coopers. From the photo, the head appears a little more squarish than rounded (at least to me!)

These are the "true" hawks, known as Accipiters (Family Accipitridae, Genus Accipiter). They are diurnal (hunting day and night) forest raptors, capable of rapid acceleration; very agile and reckless when pursuing prey. Common for both Sharpies and Coops to be attracted to back yards with feeders, where they can more easily pick off an unsuspecting prey. Sharpies generally like more densely vegetated areas and they pretty much eat other birds. Coops will often hunt more open habitat and although they prefer birds, they will eat small mammals, and lizards if available. Coops are also more 'still' hunters, perching and waiting to attack, sometimes conspicuously. Sharpies are more shy."

This one was definitely not shy; on Tuesday it just watched while I retrieved the hummingbird feeder (not visible in photo).

It was fun to see a little more environmental complexity in our city, and it sure was a surprise!
at 9:04 PM No comments: Links to this post

A newly discovered batch of well-preserved dinosaur buzzwords, petrified position papers, and even candidates could provide new clues about life in the Republican Party some 62 million ballots ago.

The Bureau of Land Management called the find, near Republican Party headquarters, "a major dinosaur fossil discovery." Excavation revealed at least four saurogops, which are small-brained lobbyist-loving dinosaurs, and two drugivorous talkradiodrones; it may have also uncovered an herbsmoking libertaridolt.

The site doesn't contain any new species ("There is never really anything new about the Republicans", said one expert sadly) but offers scientists the chance to learn more about the madness of that time, said a BLM paleontologist. "The fossilized dinosaurs are from the same late TotalAssic period as those at LaBush TARP Pit, where hundreds of billions of dollars disappeared within a few short months, leaving no trace of their fate."

BLM isn't disclosing the exact location due to security concerns. "If the American people find out that these dinosaurs are still around, filibustering evolution and devouring any chance of economic recovery" warned a spokesman, "They would surely destroy these historical relics."
at 8:10 PM No comments: Links to this post