The 5 Most Overrated Jobs Of All-Time 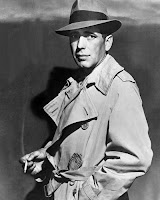 Once again, Cracked Magazine takes the lead in investigative journalism:

Whatever happened to the REAL MEN? The gunslingers and swordsmen who charged into adventure on horseback?

Well, it turns out they all quit, because being a real man kind of sucked.

All of those badass jobs they made movies about were all pretty much worse than the job you have now.

Such as ... read more
digg story

Joe vs. the Chihuahua

The VP debate was like Tom Hanks trying to mow his lawn, while his neighbor's chihuahua bites his ankle.

He doesn't want to hurt the dog; he's just trying to mow the lawn.

On he goes: talking about the Constitution, plans for the future, how to clean up the mess the Bush Administration is leaving.

He shakes his head. He moves on.

Biden answered all the questions. That shouldn't be remarkable; you don't go to a debate if you aren't ready to ask questions.

Who knew that simply answering the question would become a plus for Biden?

Pundits call Joe "boring". Maybe so. In a crisis, we need a guy who remains calm, who says "Houston, we have a problem." 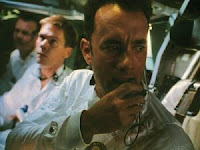 Impulsive, entertaining people are fun at a party, but can you imagine McCain or Palin as president during the Cuban Missile Crisis?

Palin, on the other hand, was as lively as used car salesman! She had her pet phrases and repeated them over and over, filling time with winks and sarcasm. That's o.k., I guess, if you're running a frat house party or something that doesn't really matter; not so o.k. if you're running a nation. Lives are at stake, and Palin's winking.

I did, personally, enjoy it when Joe finally got tired of the "maverick" barking. When he listed the ways that McCain was the same as Bush, you could hear America cheering.

A similar thing happened when Ifill asked Palin whether the Vice Presidency was in the Executive Branch. I'm not sure whether Palin really understood the question, or just gave a stupid answer. She said was that the Vice President should have more power than even Cheney, which is not only Constitutionally wrong but politically unwise. Imagine: Palin thinks Cheney didn't have enough power; Palin wants more!

Biden, on the other hand, has actually read our Constitution and agrees with most of America that "Cheney's been the most dangerous Vice-President in our nation's history". I found it personally satisfying to see him punt the chihuahua over the fence!
at 8:08 AM 1 comment: Links to this post

For your convenience ... just copy and paste!

members of Congress who voted

the bailout package did so because

(PICK ONE:
_they boldly stood up for what is best for America!
_they feared the righteous wrath of the voters in November)

Meanwhile, YOUR SIDE did the SAME THING for the opposite reason!

The Political Mind by Lakoff: Book of the Week!

Who has not found it frustrating to lay out fact after fact, logical argument after logical argument, and still to lose in the matter of persuasion? How many times I have drawn the conclusion that the listener was insincere, deluded or stupid! And never have those conclusions been helpful; no-one has ever been persuaded by being called "Stupid!"

In "The Political Mind: Why You Can't Understand 21st-Century American Politics with an 18th-Century Brain", neurolinguist George Lakoff proposes that our beliefs about rationality are simply wrong.

Our belief about the way we think are based on 18th-century theories that we make decisions based on rational, dispassionate calculation of marginal utility. All of this has been disproven by experiment. For one of many examples, given an instant to choose a 90% chance to live or a 10% chance of dying, nearly everyone will pick the first ... rather than complain that the math is identical.

Few people know enough about neuroscience to agree or disagree with Lakoff's description of its discoveries, but nearly everyone can use what this book teaches as a recipe for dealing with people who, to us, seem irrational in their political choices.

I think it is very likely that Lakoff has his science right, or at least right enough. Can anyone reasonably say that the centuries-old concepts of how mind and language work are not as obsolete as their contemporaries, the theories of phlogiston and of the Great Flood? Whether Lakoff's brain science is exactly right matters little; it is sufficient to give a scientific foundation to think more effectively about how people think. Science continually evolves, and for today it suffices to take today's preliminary results to develop a useful technology of persuasion; waiting for a perfect knowledge that may never come is a recipe for failure.

More important than the precise rightness of Lakoff's formulation is its utility.

Lakoff's explanations are much more useful than simply blaming the listener. It is very likely that people who brush aside my logic are almost never being stupid; they simply have a very different frame of reference and way of thinking. And since all thinking is based in biology, there is a biological basis for that thinking. (Lakoff's description of the biology is interesting for those who like that sort of thing, and can be skipped by those who don't.)

As Lakoff notes, whether "they" are being "rational" or not is completely irrelevant. They think the way they do, and I can't magically expect them to change by mere logical argument. I can fail to respect their frame of reference, their way of thinking, the way they are built; and with that choice, I will fail. And (going beyond Lakoff) may I add that I would deserve to fail, for being disrespectful.

Or ... I can accept our differences, and work with them, gradually changing the way they think over time.

There is no magic formula for persuading people to agree with me (...and it would be frightening if there were. Think about it!) But Lakoff's recipe for action offers hope: offer alternative frames, non-authoritarian ways of thinking about the problems that matter, thus gradually getting people used to non-authoritarian conduct.

We often do this without knowing it. It's the heart of every potluck supper, neighborhood watch or other volunteer community organizing event. Really, "all" Lakoff does is give us a metaphor for thinking about what works, so we can implement the methodology effectively. But since thinking is fundamentally the use of apt metaphors, perhaps that's all Lakoff needs to do.

Putting the metaphor to use is up to us.

Compiled, Fact-Checked, and Linked to Sources for your convenience: a nice set of Obama factoids ready for your next party, blog or conversation with your crazy right-wing brother-in-law: http://www.suicide-dream.com/obama.html digg story
at 7:45 AM No comments: Links to this post

It was driven by profits. Every day in mortgage mania, staid firms would lose business to lenders offering sweeter, riskier deals."You lose enough of your market share and eventually you lower your standards, too," he said.....

read more | digg story
at 8:15 PM No comments: Links to this post

There are still Communists who claim that Communism is the perfect system, it just hasn't been tried anywhere (I'm not going to link for them; just google "CPUSA" and/or "wacko").

Soon (or maybe yesterday) there will be Conservatives who claim that Conservativism is the perfect system, it just hasn't been tried anywhere (I'm not going to link for them either; just google "GOP" and/or "wacko").

They both suffer from the same religious faith in an untestable proposition, they just differ in the details. Communium/Conservativism failed in the USSR/USA because of the human failings of the Kommissars/Republicans.

In fact, at the heart of both religions are the same thoughts: Humanity is defined by economic motivations, and we just need a Leading Party to implement the Ideal Economic Plan for success.

Partly the problem is that we humans aren't solely economic critters; we are more swayed by feelings of community, love and family, for example. More importantly: Any system that depends upon a political party to put it into practice it without skimming something off the top for themselves cannot be implemented by human beings.

The lesson for Liberals/Progressives/Etc is not to rely upon the Democratic Party ... help it, sure why not? it's a very useful tool ... but on community and democracy (small "d"). Progress will be slower that way, but less prone to corruption.
at 10:11 AM 2 comments: Links to this post