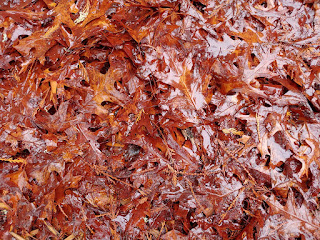 At the Y this morning. This is the last Saturday class of the year. It was lead by Brittany, who taught Saturday morning barre regularly until a couple years ago when she had another child. Her style seemed to be halfway between Katherine's and Evan's; they all three learned at the same place.
This Saturday class has been a blessing to me for many years!
(At times, a mixed blessing. I started almost as soon as I bought my home; I drove Kris to this morning class every Saturday and we took whatever class was being taught. She left me but kept attending classes, and thus I met her new boyfriend. He seemed pleasant enough and often brought his daughter which struck me as good parenting, but I didn't especially feel the need to hang around him, understandably.
Kris had remained on my family plan since it was cheaper than each of us paying single, but she was never any good at keeping her promise to pay her half. Finally I confronted her at the front desk and demanded payment immediately after class. We met in the Target parking lot where she said she could withdraw only enough for 4 months; could she pay me the balance later? I said I was done, I'd rather just be done than wait. I dropped her from family membership and I honestly don't recall whether she stopped coming then or later....I think later because I would sometimes see her coming or going. Eventually she stopped, perhaps when she bought her house although who remembers or cares?
All these moments will be lost, like tear in rain. Time to live now.)
at 10:00 AM No comments: Links to this post

Email ThisBlogThis!Share to TwitterShare to FacebookShare to Pinterest
Labels: YMCA

A visit from my favorite Christmas elf! 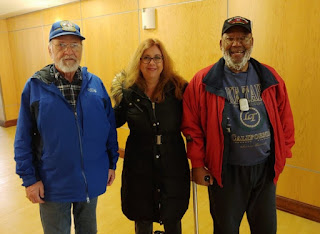 Friday meeting with Seattle City Council Member Lisa Herbold at VA Puget Sound Healthcare. On the left Nate Ford, on the right Cyril Miller; we showed some if the things community activism had helped bring to the facility and talked about ways local government (such as the city) might help (few recall that 15 years ago, Council Members were helpful in our campaign to repair the therapy pool and upgrade the physical therapy facility. It's time to revive the coalition only better!)
at 10:00 AM No comments: Links to this post 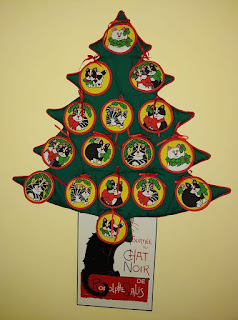 I've hung up this cloth tree of cat decorations for years, now; it is a nice combination of festive and convenient.
This year my Chat Noir picture was hung below the hook I wanted to use. It rather looks like a trunk, albeit crooked

Question of the Day: Can They Try Trump As An Adult? 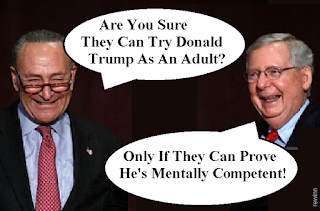 ANSWER: Only if they can prove he's mentally competent to stand trial!

A Haiku For Trump 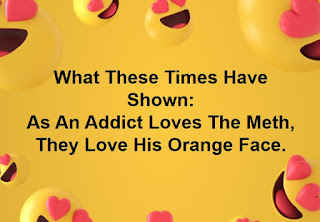 What These Times Have Shown:
As An Addict Loves The Meth,
They Love His Orange Face ;-)

In the Wintertime There are not enough flowers So we set up lights.

In the Wintertime
There are not enough flowers
So we set up lights. 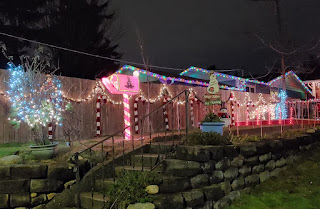 Email ThisBlogThis!Share to TwitterShare to FacebookShare to Pinterest
Labels: haiku

Thinking of My Parents

Am I older now
Than my father ever lived?
Was he just a kid? 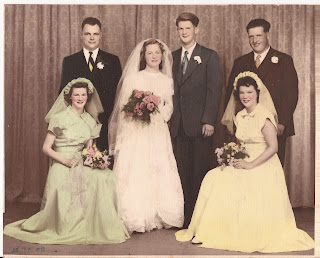 Whenever I come across this wedding photo of my parents, I am struck by their youth. My mother lived to a ripe old age, but my father died a younger man than I am now, struck down by his depression and alcoholism and his addiction to tobacco - he did not have sufficient will to live to stop the smoking that gave him fair warning before carrying him off.
I have never liked him.
He was mean to all of us kids, striking us with his belt whenever he was angry. The beatenings and the threats of beatings stopped only when I left home; everyone else got more years of it, but as a fairly self-centered child I cared only that I was safe. I realize that I shall never fully understand what-all was going on; was this an aftermath of his war experience, or was he raised in our family's tradition of alcoholism?
It does not matter, I suppose.
I cannot say that I was a more effective parent when I had a son, briefly, during my peculiar 2nd marriage and then acquired a pair of daughters from my first ex during my divorce from my 3rd.At least I avoided violence.
But then, I was not so young as the man in this photo

Email ThisBlogThis!Share to TwitterShare to FacebookShare to Pinterest
Labels: haiku, Things That Make You Go Huh

It’s Extremely Divisive of You to Tell the Truth

"Our nation is incredibly divided right now, and the last thing we need is someone standing up and further dividing us with statements based in fact. But you don’t seem to understand that. Whether you’re telling the truth about the legacy of white supremacy, the treatment of Palestinian people, or the dangers of climate change, everything you say is further proof that you don’t care about the country. All you care about is dividing us by saying words that are true and sentences that are also true ..."

It’s Extremely Divisive of You to Tell the Truth
by Chas Gillespie
October 2, 2019 - McSweeney's
at 7:00 PM No comments: Links to this post

The twisted masculinity of pro-Trump art

The eyes of a follower can be blind to the reality of the cult leader.

Read "Portraits Of A Fascist As An Old Man: The twisted masculinity of pro-Trump art"
by Talia Lavin
at 6:00 PM No comments: Links to this post

In Winter Darkness / It Is Pleasant To Recall / Flowers Of Summer

In winter darkness
It is pleasant to recall
Flowers of summer. 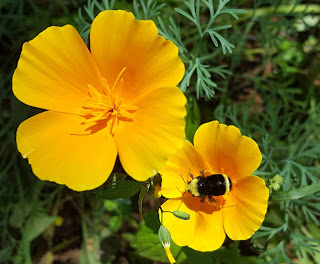