The Fauntleroy Bronzebirds are not migratory 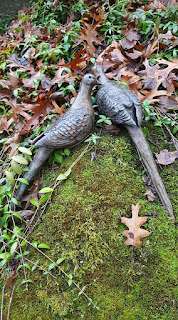 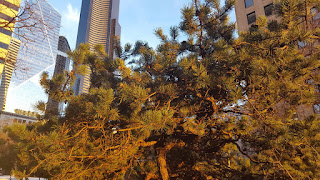 OK, it's really just a tree in a planter shot from a low angle. But it could be the last remnant of the mighty giants here only 200 years ago, or the beginning of a new forest

My big plans today will have to wait 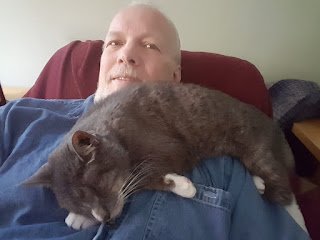 I got Wednesday off work to mourn the passing of George H W Bush, about whom little need be said.
I did get a few things done around the house, including important family time demanded by Arthur and the other cats. 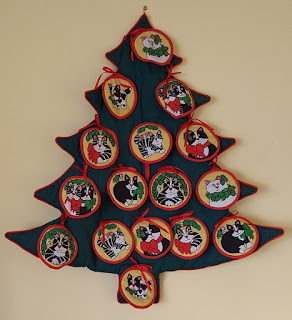 What the heck, the cats wanted it up early.
Well, ok, actually I just like it. It suits my taste.

Evaluating My Life So Far

To evaluate my life so far

As with other evaluations
First, I will discuss the purposes of the project
Then, mention some things that worked well
Make a few suggestions
End with an example that seemed especially good.


What is the purpose of life?
I don’t know
I lost the manual
Can we assume from the scanty evidence
The purpose at least in part isTo be happy
(because to be unhappy seems perverse)
And help each other be happy
(obviously)?

The first thing I did that was good was be born, Eldest boy in a family with 10 children.My dad was a millworker in EverettDepressed, alcoholic and angry(I don't know what happened in the war)This meant money was shortThis made us frugal.
I like being frugal.
For example, rather than buy lunch,I like to make lunch in the morningThe moving meditation of chopping a saladLightly microwaving a piece of salmonAssembling and packing itStarts my day with an act of creativityThat saves me a bundle!
One thing I did especially well at the age of 13 was Run away from home.Not by hitting the streetsAs one sister did(Very dangerous!)I fled to the Catholic seminaryNow a great park in KenmoreWhere I lived well by my standardsIt had its downsidesThey constantly bombarded us with notions of public service As means of escape it workedThe education and friendships last.
At my first job as a junior computer programmerAn old guy told me "Automatically deduct the maximum from your paycheckToward your retirementYou won’t miss itYou will adjust your lifestyle to your take-home pay"
It was trueI never saved a penny from my paycheckThere is always something important to buyBut 25 years laterWhen I wanted to buy a houseMy automatic savings had grown a downpaymentMore than enough for a home with mother in law apartment To generate income into retirement.
Listening to that advice Let me not only live happy But also help family and friends with housing now and then.
There are some areas in which I can offer myself Suggestions for improvement.
I let myself be overwhelmed with obligationsPersonal and professionalBecause I don't like to say "no"Shall I list the disasters that ensued Because I did not delegate?This meeting only goes to 7:30 No? As Club President this year I resolved to volunteer for nothing myself Until after asking everyone elseIf I keep bugging you to do thingsThat's on purpose.
Another thing I might work on:I get married a lot3 timesSo farI suggest replacing the impulse to say YesWith Ah, or UmPerhaps a pregnant pausePoor choice of words.
As my friend Jenn so eloquently wroteIt is good to be singleI could work on that.
One of the best things I’ve done was listening3 years ago at the Fauntleroy YMCAYou know Adela as our past club president I knew her from the YThat day I heard her talk with Forrest”Our club lets you practice public speaking and leadership in a supportive environment".
A supportive environmentI could use some of thatI broke into their conversationWho? and when? and where?That's why I'm here today: She talked about ToastmastersI listenedHere we areHaving a good time meeting goals Helping friends do the same.
It is good to fulfill the purpose of life.
-- rewinn, December 4, 2018
at 7:30 PM No comments: Links to this post 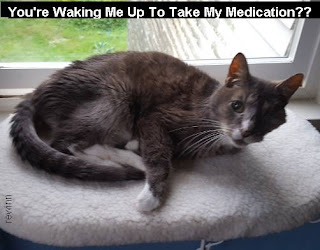 This photo (taken during another season) illustrates Arthur's mystification when I awaken him to get his medication. On the weekends I let him sleep in but during the workweek I have to give him his stuff whenever I can, because if I wait until he's fully awake, well, he's real good at hiding out and I refuse to be late to work just because he doesn't like the taste of his Bupronex. 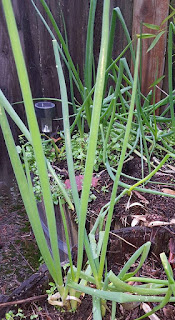 Onions still grow in our mild winters, providing a little bit of fresh, organic, local eating.
at 7:35 AM No comments: Links to this post 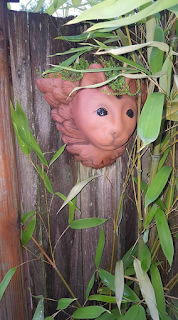 No worries... The Cat Goddess is watching over our land.
at 4:00 PM No comments: Links to this post