5 Reasons For Funding a Washington Lawyers’ Fund for Civil Justice 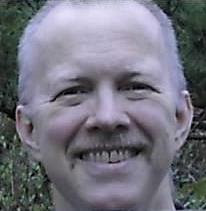 The main source of WLFCJ funds would be a surcharge on attorney license fees, something like $70 a year. (The other source of funds would be some earnings from the WSBA CLE department, not here relevant; if that source comes through, we should at the least congratulate WSBA CLE head Mark Sideman for being a more effective businessman than the heads of GM and AIG put together. But I digress ...) Since I am not a typically-situated Washington State lawyer, I don't want to use my personal reaction as a basis for a decision on this matter. At Thursday's meeting of WSBA's Pro Bono and Legal Aid Committee, we discussed sounding out other WSBA members to see how they react, to solicit their concerns and so forth. (It is a fundamental tenet of democracy that we get better decisions by including as many participants as possible; we also get better buy-in from those who participate in the process, even if their views don't prevail.)

Accordingly, I'm asking every lawyer I met for their thoughts. So far, in addition to expected comments on the ethical necessity of keeping our justice system open to all, and moral and patriotic needs to help our neighbors, I've gotten the five unexpected and interesting comments:

1. Legal Aid Is For Those Cases You Cannot Take

One experienced (20+ years in private practice) small-firm lawyer waxed eloquent on the usefulness of legal aid to him. It often happens that people come to him for help, but he can't take their cases. He doesn't want to just tell them to go away; that's not right and it's also hard on him. He was therefore enthusiastic about being able to send them to the CLEAR Line, Northwest Justice Project, and so on. He stated he'd be happy to chip in his assessment to keep it going on that basis alone.

My experienced friend also stated that legal aid often turned out good lawyers. Newly-minted lawyers who spend a few years of working at NJP or where-ever get great practical experience and become very useful to the profession.

It sometimes happens, said my experienced friend, that legal aid programs works through cases that establish precedents that are useful to private practitioners. It wouldn't make sense for an individual practitioner to take one case and push it all the way through the appellate process, but legal aid might do it because it takes cases in bulk.

(I should've asked for an example, but ya'know, we were at a party and it was getting both late and blurry; I'll ask around and see if I can get an example with which to amend this posting.)

On the merits of any particular legal issue taken up by legal aid, different people may wish for different results; not everyone will want legal aid's side to prevail. But, finality in the law is a useful thing; which way a particular issue may be settled is sometimes not as important as actually having it settled, so everyone can work on a predictable basis. When the result doesn't go our way, we can always go to the legislature to change the law; thus even if legal aid's pushing an issue through the system to a decision doesn't come out the way we like, we benefit from having it done ... and not having had to do it ourselves.

Who is enthusiastic about an increase in bar dues?

In my opinion, this is not merely generalized suspicion of a dues increase. There is a real difference in the pride one feels in knowing exactly how you helped what when. In terms of raw math, it make pencil out the same for the $70 to go into a general fund and then cycle out to LFW, but emotionally it is very different; when the money goes directly to legal aid, I feel pride in my contribution every time I hear about Legal Aid. This may not be strictly rational, but we're all only human!

5. A Giveback for a Monopoly

Under the circumstances, the proposed assessment is a rather small giveback.Again, I emphasize that I'm not an expert on how the legal community as a whole feels on this subject; I'm not a typical lawyer and the above were not my ideas to begin with. I'm repeating opinions expressed by more typical and more experienced practitioners in the hope of promoting conversation ... and working it out in my own head as well.

"The Post-American World" by Fareed Zakaria is helpful to Americans too worried about an impending collapse of all we hold dear, and to those too certain that we can continue bestriding the world like a Colossus.

The key point: there is unlikely to be a Fall of the West and there is certain to be a Rise of the Rest. Our nation need neither rot nor shrivel, but our relative advantage over others disappears as they catch up in science, the economy, and so on. While we can screw ourselves up by wasting our time and treasure trying to hold on to other people's stuff, we can avoid this temptation, and remain not only absolutely well off, but secure by means of learning to Play Well With Others.

Some few may mourn laying down what Kipling called "The White Man's Burden" but what of it? Our most important values do not depend on being masters; to the contrary, sharing our world with our co-inhabitants is a necessary part of liberty, democracy and every other value of our Founders.

Fakaria may or may not be correct in detail. His chapters on the history of the West, and on the likely near futures of India and China are fact-intensive; some will prefer a different selection of facts. He's surely a tad too enthusiastic about the export of American jobs to my taste. Still, he's got a rational point of view and most Americans will find enough surprising material on all three subjects to alert one to the need to learn more.

Moreover, the overall concepts are clear: because the advantages earned or taken by the West through science and military technology will come to an end, we need to ensure that this does not mean "The End" for what we hold dear. In the last two chapters, Fakaria argues strongly that the wisest course is simply to promote our values broadly and sincerely; America's values are popular everywhere except with the thugs who rule countries where the rulers are hated. Citing fact after fact, he shows that America is trusted where we play the honest broker, cajoling perhaps but not forcing; this trust itself is a prize beyond all others.

This point bears repeating. The fear, paranoia and violence promoted by some who claim to be American patriots is counter-productive. The Rest is catching up to the West and America can not thrive by cowering in fear and lashing out in panic. The courage to be open will let us lead in a world of equals.

In perhaps the funniest line in the book, Zakaria cites a 2007 interview in which Dick Cheney grumbled that during the Cold War, the Soviet Union was feared but not the USA.

"Yes," writes Zakaria, "the Soviet Union was feared by its allies, whereas the United States was loved, or at least liked.

Look who's still around."

Indeed!
at 9:26 PM No comments: Links to this post

Yah know what I love about SpecialOlympicsGate?

Not just that Obama immediately apologized for his slip of a tongue (... something Bush never did for any of his intentional lies...)

Not just that Obama made this mistake in the context of deprecating himself (...remember folks, he was making fun of his own inability to bowl ...)

But that by focussing on SpecialOlympicsGate, the Obama-haters are making one thing VERY CLEAR to the American people:

They Got Nuthin'
at 7:52 AM No comments: Links to this post

Tesla: Where We SHOULD Invest $$$

Instead of ... or in addition to ... keeping an ailing gasoline-powered auto industry on life support, why not invest in the future? As blogger ProgressiveTokyo writes: 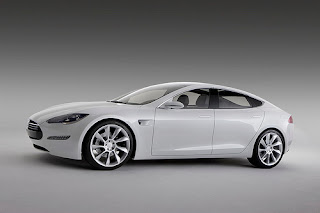 "Why don't we take a huge chunk of those BILLIONS we are throwing at GM et. al. and throw them to a company which is at the forefront of design and technology which could wean us away from foreign oil, and move us in the Green direction?

Lets take a look at Tesla's newest offering:
Tell me this is not a sexy car that you wouldn't be proud to own and sport around town? Its range before recharge? 300 miles!

I remember when I was working as an advertising executive for a small yellow pages firm back home, I used to have to travel all over the county meeting clients and making sales pitches. I dont think I EVER drove more than 300 miles in a day.

How long to recharge? 4 hours on a regular 220V plug. If you get a home 480V outlet you can charge this baby up in just 45 minutes.

The current cost? That is the part that would need serious government and private investment to bring down (the former would encourage the latter):
around 50,000 dollars.

If the US Government was serious about "going Green" and building a 21st century transportation infrastructure why not invest in a company which could be scaled UP right now, creating high paying manufacturing jobs and helping the environment in one fell swoop?

For more info on the Model S see here

Here is something the comments that I think everyone should see:

Lead Story In Tomorrow's Times, meanwhile, concerns a new Chinese govt. initiative to corner the electric car market.
China Vies to Be World’s Leader in Electric Cars
By KEITH BRADSHER
Published: April 1, 2009
TIANJIN, China — Chinese leaders have adopted a plan aimed at turning the country into one of the leading producers of hybrid and all-electric vehicles within three years, and making it the world leader in electric cars and buses after that.

The goal, which radiates from the very top of the Chinese government, suggests that Detroit’s Big Three, already struggling to stay alive, will face even stiffer foreign competition on the next field of automotive technology than they do today.

“China is well positioned to lead in this,” said David Tulauskas, director of China government policy at General Motors."

Please give a thanks and a rec to Mogolori for finding this new piece. We will keep falling behind if we don't invest NOW!"

Kudos to ProgressiveTokyo for a smart piece, linking important information together in a helpful way! You have just made us all a little bit smarter.
Now: where can I get me one of those Teslas???
at 9:15 AM No comments: Links to this post